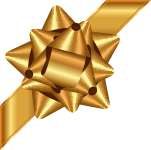 Free GiftWrapOn Every Order
(On Request)

Inspired by the psyche of Edgar Allan Poe: A seductive yet crisp fragrance revenant of zesty blood orange, basil, and saffron blossom, captivated by warm notes of cinnamon bark, clove, and vanilla bean.

Mr. Poeencompasses the epitome of the tortured artist; his notorious characters and narrative, like in The Raven, are believed to depict and exploit his personal struggles throughout his life. Poe, lost his parents at an early age, and a very prominent and wealthy couple took him in. They alternately spoiled him and aggressively disciplined him. His tumultuous upbringing did not affect his infliction for love, finding love early in life, and married his 13yearold cousin. She died two years later of tuberculosis. Edgars literary gothic short stories and poetry, as well as his inventive creative crime writing, cemented him as the mad genius of his time, although respected and celebrated. Edgar Allen Poe died on the streets of Baltimore; the cause of death is still a mystery.

Memoirs:The Memoirs Collection is inspired by vivacious writers of the past, and their lively environments at the time of theirexistence. Each candle evokes the essence of each fallen authors world, all the while memorializing the aroma of their time.